According to a publication by the city of Zurich, the need for residential space in the city has increased by around 11 square meters since the 1970s. Today's city residents claim an average of 41 square meters of net living space, which corresponds to an increase of around 40 percent. Since the beginning of the 2000s, however, a new trend is becoming apparent.

The city of Zurich assumes that its residents have been able to afford ever larger living spaces since the 1970s owing to increasing prosperity and higher household income. Significantly larger apartments were built in recent years than was the case 50 years ago. Interestingly, between 1970 and 1989 the consumption of residential space per capita in the city of Zurich increased by half a square meter per year. However, since the 1990s until today (over the entire period), this has increased even more to one square meter.

Since the 2000s, two opposing trends have appeared in the City of Zurich: On the one hand, the occupancy rate per home is increasing again owing to the expanding families. On the other hand, the consumption of living space per person is again increasing slightly, since many older, single people live longer in their apartments and wait to much later before moving into retirement homes.

(Source: City of Zurich: Households in the city - Analysis of living together )

Larger apartments are being built

Interesting information can also be found in the statistics for home sizes by construction year. Here it is striking to note that between 1961 and 1970 only one in four apartments had a floor plan of more than 80 square meters. This has clearly changed for apartments that were built since 2001. A total of 81 percent of the apartments in this construction period are 80 square meters and more in size. Larger apartments can be found, for example, in Zürichberg. Here, in this affluent area, the consumption of living space is high and at the same time the occupancy of the apartments is lower. In contrast, neighborhoods such as Saatlen in Zurich North or Friesenberg at the foot of the Üetliberg, the inhabitants consume significantly less living space than the urban average.

The city of Zurich maintains that in connection with the consumption of living space, this may not increase significantly for sustainable urban development. This is important in terms of resource consumption (e.g. heating costs) and also given the limited constructible areas in the city. So, the city therefore welcomes the trend of increased housing communities and cooperative housing construction. This allows sharing of more space, resulting in a lower consumption of living space while being socially enriching by creating new forms of living. These forms of housing are accompanied by growth in the storage space market. If you want to rent a storage room in Zurich, placeB offers a wide range of storage locations and storage boxes.

ᐅᐅ 5 tips (+ checklist) for the first own apartment 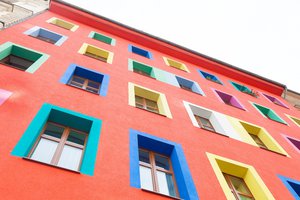 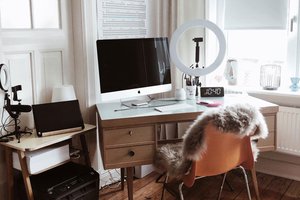 7 Tips for your Home Office